What are The Different Types of Golf Balls 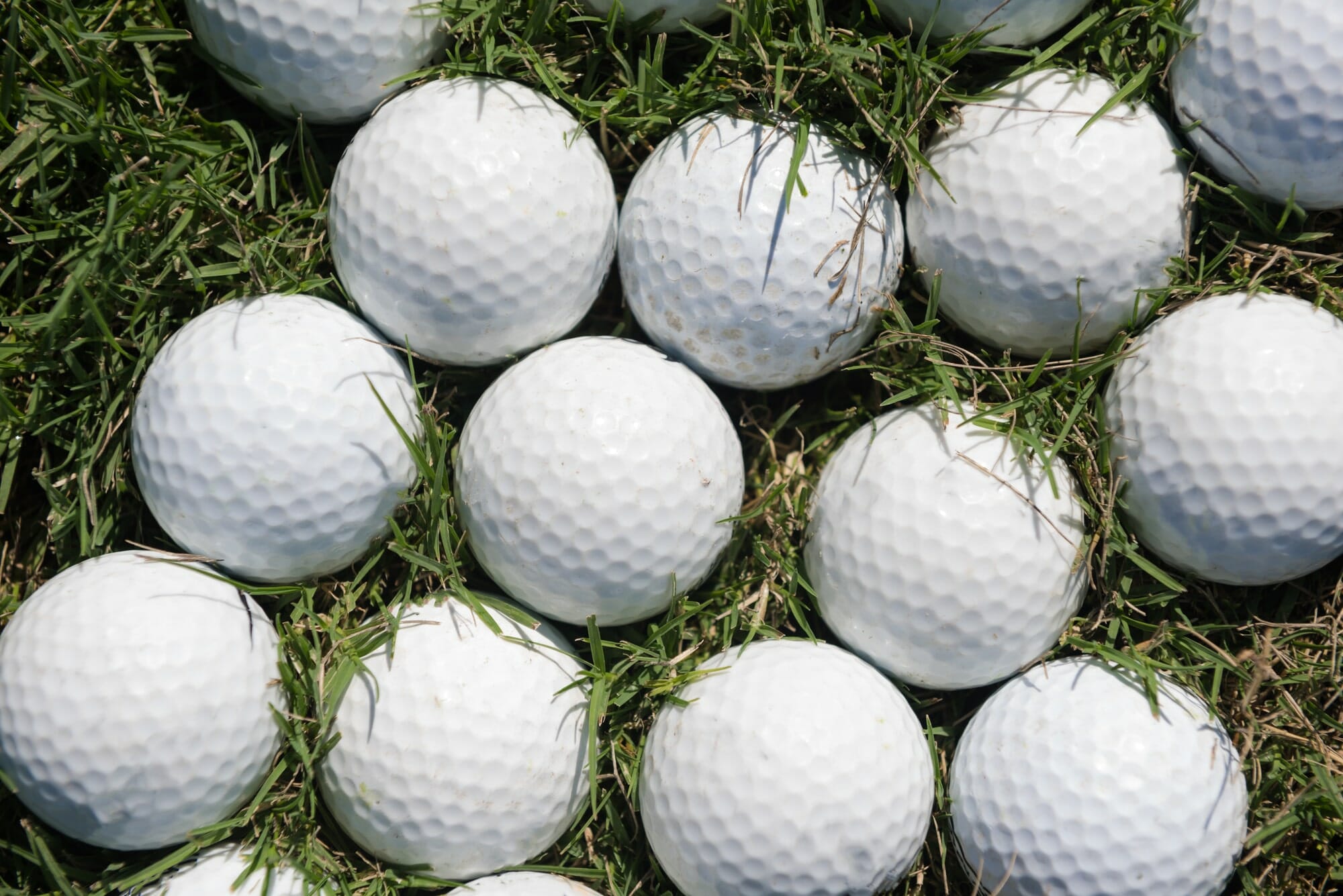 Players with more expertise in the game will find little difference between golf balls. However, some golfers tend to prefer a golf ball type in particular and use them regularly.

As with all the equipment in this game, the golf ball you use can make a difference in your performance.

For instance, individual golf balls tend to fly longer distances, while others grant the player with that peculiar “feel” of making the shot.

Other persons prefer to go for aspects such as balls that provide them with better and more backspin. This issue is about preference.

There are too many golf ball types, and they’re too specific sometimes. However, we’ll make it simple and condense them into three types, which are the following:

It is essential to remark that two-piece golf balls are the most used in golf nowadays, which is why we’ll be focusing on breaking them down instead of explaining the rest thoroughly.

Two-piece golf balls are used in modern-day golf widely. These balls are made of two different materials – hence their name. Although more experienced players may go for something with more layers, these balls are the standard for most beginners.

These balls are the less costly option but come with particular drawbacks.

The main disadvantage of two-piece distance balls is that they spin less, but that can be a double-edged sword. Although it can reduce your slice and hook, they may help slower swingers as they tend to produce too much lift.

Low-compression balls are, well, easier to compress. Therefore, if you have an overall moderate swing speed, you may improve your shot distance if you use them.

Unlike the previous alternative, these golf balls do not have too much spin. This fact improves your accuracy.

They also feel softer, although that doesn’t mean they will add more spin to your shot.

This type is somewhat new, compared to the others. They have larger cores, but their shell is thinner. Therefore, the core will compress easier whenever the clubface hits the ball. According to experts, this should add more distance to your shots – hence the “performance” name.

Again, these golf balls’ hugest drawback is that they don’t offer too much spin when you need shorter shots.

We’re down with the overused golf balls; now, let’s begin with the multilayer ones.

As mentioned above, there are three, four, and five-piece balls. Let’s explore each type in detail.

You’ll probably start using these balls when you start getting more serious about your game. For instance, the Titleist Pro V1, a three-piece ball, is one of the trendiest options. It was used on European Tours and even on the PGA.

Unlike most two-piece balls, these balls provide a softer feel. If you’re worried about the spin, it’s time to leave that concern – these balls will spin enough for you.

In the past, their main disadvantage was that they did not have enough distance.

However, recent modifications have made it possible for this drawback to be almost nonexistent.

These balls sound like paradise, but we do not recommend them for someone who is not that competitive!

These golf balls have caused a lot of polemics since they were introduced to the market.

They’re the object of many debates, as many experts think they don’t differ from their predecessors.

Four-piece balls should grant you “spin-separation,” although the rest of the layers are triggered once you reach enough swing speed. They are far more compound, that’s true.

Five-piece balls were introduced in 2009 and are supposed to act as the enhanced version of the four-piece balls: provide more “spin-reparation” with the extra layers.

What about one-piece balls?

Although we should have explained them first, they are obsolete. These balls are made of a single material. They usually are used in the crazy golf course, as they produce almost no spin at all. They are not recommended for anyone!